Andrew (Andy) O’Shaughnessy M.D. attended Indiana University School of Medicine, after receiving degrees in biology and computer science from Purdue University. He then did an Internal Medicine residency and Nephrology Fellowship before returning to Fort Wayne in 1995 to work as a Nephrologist with Nephrology Associates of Northern Indiana and Illinois. Andy specializes in all aspects of kidney disease including hypertension, dialysis, transplant5 and electrolyte disorders. He is also Hospice board certified and very active in hospice care. His three children are all heading into medical fields.

Andy has served on the boards of directors for Lutheran Hospital, Matthew 25 Health Clinic where he is also a clinical volunteer, the Sexual Assault Treatment Center and Physician’s Health Plan. He is a past president of the Big Brothers Big Sisters board and is currently matched with his 3rd Little over the last 35 years. He was named Board Member of the Year in 2011 by the National Big Brothers Big Sisters organization. Andy and his wife Kathy are currently hosting their 4th exchange student.

When Lutheran Hospital was clearing land for its new Heart Pavilion, Andy lamented on the loss of some beautiful trees. Lutheran said he could have them, so he had a forester show him which ones were most desirable and then cut them down, let them dry and cut them into lumber. Armed with detailed plans, he then commenced on the project of building grandfather clocks. The first clock took nine years to complete and now stands in the entrance hall of the Lutheran Hearth Pavilion. Two more clock projects followed which have been designated for the Matthew 25 Health Clinic and the O’Shaughnessy home. 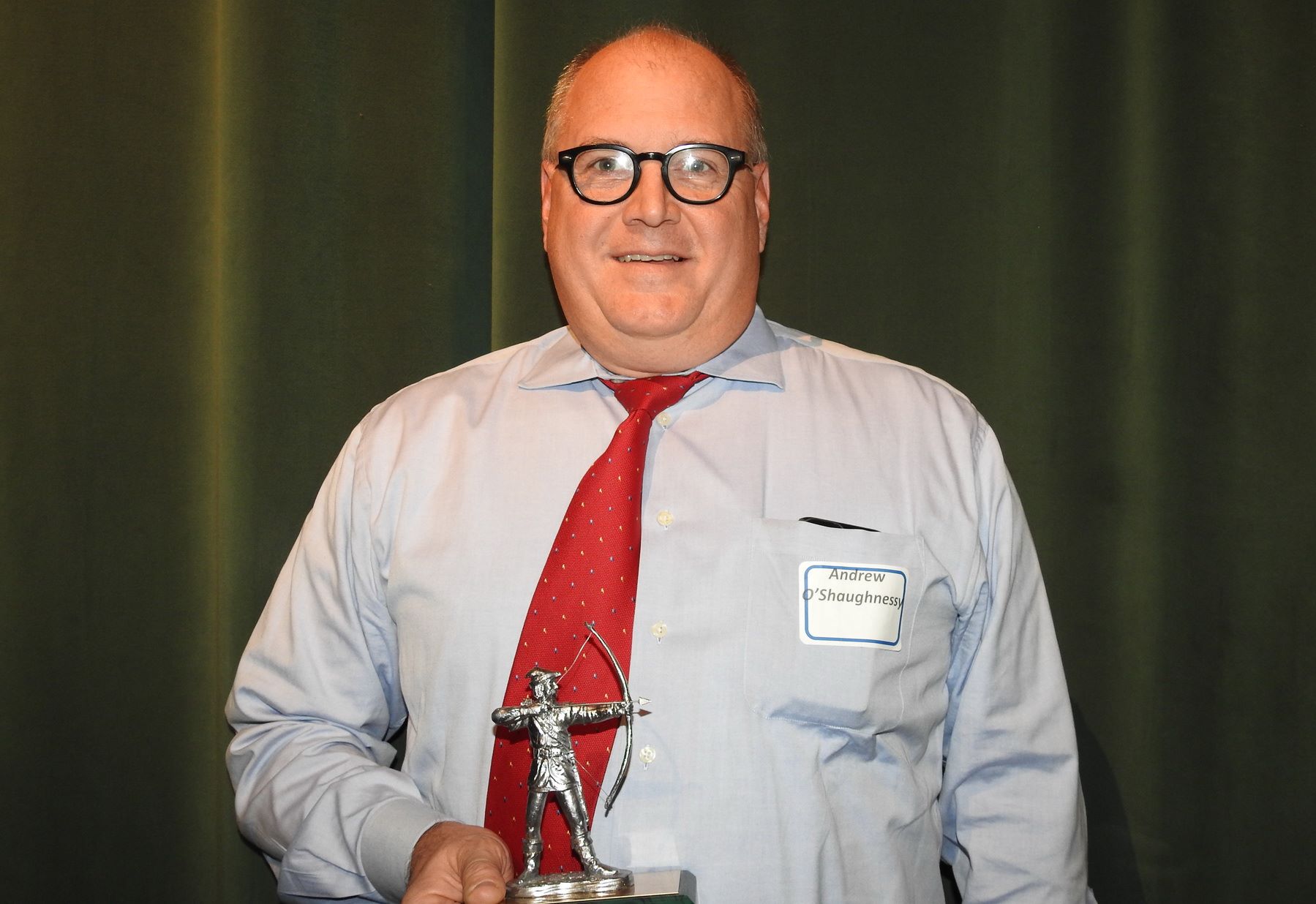